I believe that bunker practice should be done in bunkers. Does Pocket Bunker really improve bunker play, and if so why?

We developed Pocket Bunker on the course, continually comparing the bunker shot with how Pocket Bunker performs on grass. That is why Pocket Bunker closely simulates bunker play. Pocket Bunker combines the elements found in a real bunker shot, including set-up, technique, feel and response from either a good or a bad shot. It does so consistently, allowing you to really focus on “missing the ball” consistently.

How long will the product last?

Because Pocket Bunker is made from the best available materials, under strict Quality Controls, you will get months, if not years’ worth of enjoyment out of it. It all depends on how many shots you play (using it as a coaching tool vs. using it for personal practice). Make sure your sand wedge is free from burrs and dirt that would place undue stress on the impact areas. Do not leave it lying exposed to sun and heat when not in operation. Do not land it onto hard or sharp surfaces. Ageing may occur due to environmental conditions that could render the product less resilient after some time.

Is it safe to use around home?

Although the product is soft, it flies with a lot of kinetic energy. Always apply rules that you would normally apply when practising any form of golf. This is not a soft toy. It is serious practise equipment.

I struggle to hit my irons and driver consistently. What benefits, if any, does Pocket Bunker provide other than being great for bunker play?

If you are able to consistently achieve pure shots with Pocket Bunker, it should mean that you should see the same benefits with other shots. We believe that Pocket Bunker does this due to the small margin for error it allows, requiring a near-perfect execution for desired results. This demands focus.

What is Pocket Bunker used for?

Does Pocket Bunker weigh the same as a normal golf ball?

It weighs almost exactly the same.

I visit a Pro to help me with the rest of my game. Will my Pro be able to use Pocket Bunker to assist me with my bunker play technique?

YES, definitely. Pocket Bunker is serious training equipment that accurately responds to bunker shots, but played off just about any surface. We have introduced Pocket Bunker to a number of Professionals and they all love it. We promote using Pocket Bunker while getting a lesson at your PGA Pro. Then you can practice some more at home, or wherever you go.

Surely this cannot replace practicing out of a well maintained sand bunker?

We believe Pocket Bunker is even better than practicing from a sand bunker. It breaks the bunker shot down to the basic requirement – miss the ball. It gives the user some time to practice in private, taking the stress out of public failure. It is also less forgiving than a standard bunker shot, so whether you hit it thin, fat or shank it, you will see it from the response. If you can play the Pocket Bunker well, bunkers will be a breeze. It furthermore provides a lasting image as reference when in a green-side bunker.

If you are able to consistently achieve pure shots with Pocket Bunker, you should see benefits with other shots. The same goes for fairway bunker shots, where it is important to be accurate. Here you focus on hitting the ball, and not the legs.

I have access to sand. Can I use Pocket Bunker in sand as well?

Yes! It is a great tool to use in the sand. Here it provides you with a great visual aid. The response is the same as a normal ball.

Can I use Pocket Bunker for flop shots?

YES. It is great for flop shots.

Can I hit Pocket Bunker with a Driver?

We have tested Pocket Bunker by hitting it with all clubs. We have not seen any failures. We are not sure however whether the Driver face will survive impacts with Pocket Bunker, so we do not recommend it.

How far will Pocket Bunker travel when hit with a driver or long iron?

Will Pocket Bunker break when hitting it “in the teeth”?

No. It is made of the best materials that will withstand just about any shot you can subject it to. Even if it is cut when hit with a damaged club, the material’s tear resistance will prevent premature tearing of the affected area. At worst, when one of the legs eventually gets damaged severely, you still have 7 legs to effectively use.

Is Pocket Bunker safe for use by kids?

When Pocket Bunker is used by kids, it should be done under adult supervision. The same basic safety rules apply as in golf.

When should I introduce Pocket Bunker to my kid’s game?

As soon as he or she can swing a normal club. 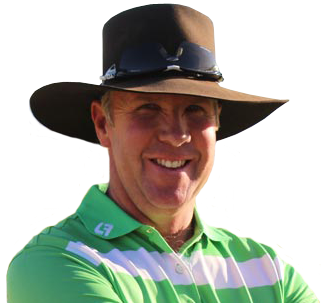 Preferred by PGA Professional Bunker
Specialist, John Dickson.
“I love how Pocket Bunker™ compliments the simple basics of bunker play - just take
the legs out. What is great is that you practice it off grass. It gets better though - use
it in the sand as a great visual aid and it all comes together.”
COMPANY
SHOP
SUPPORT